巨乳プリンセス催眠
Rating 0.00
Status: Ongoing Studio: Lune Pictures Released: 2020 Duration: 30 min per ep Type: OVA Episodes: 2 Censor: Censored
English Subbed Game
Studio T-Rex and Director Raika Ken announced the hentai anime adaptation of the visual novel “Kyonyuu Princess Saimin” Gesen na Anata no Mono o… Nchu, Njurururu… Rero, Shabuttari Suru Mono Desu ka!”from the Studio Lune. The release date is scheduled for April 3, 2020! The story takes place in a fantasy world where Elves live side by side with people. Tell us about the mysterious Kingdom of the elves “of Agrarian”, which for several generations rule Supreme female Elves. The current Queen Afildes in power for several centuries. We can say the Kingdom of Agraliel is the center of the world and it has a huge impact on all other countries. Elves are creatures living very long, so the act of reproduction and the control of population was adopted at the very Foundation of the Kingdom. Having children is an incredible fortune, because generations of female elves are not awarded such a privilege. To conceive a child, a girl must go to the so-called “Temple of Life”. The ritual is led by one of the high elves. The ceremony is very sacred and none of the newly arrived girls do not know how to” breed ” majestic 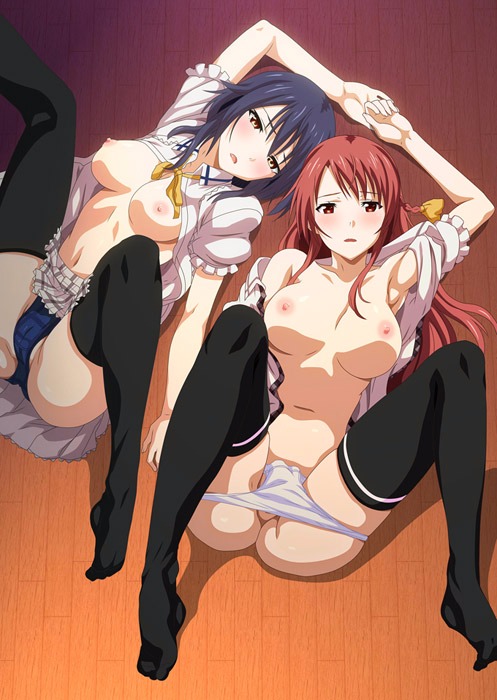